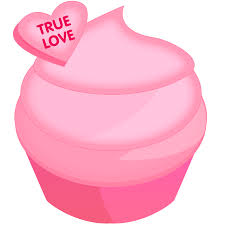 Last night while my husband and I watched the Best of Antiques Road Show, I suffered a serious sugar Jones. I twitched and squirmed, fighting the itch, but when that dear old fellow from Pensacola brought out his grandmother’s collection of cookie jars, I had to eat something sweet.

“I think I’ll put the dinner dishes in the dishwasher,” I said and slithered to the kitchen. David wasn’t paying any attention to me so I tiptoed into the pantry to see what I could find. There’s a stash of goodies tucked behind the canned tomatoes, a place David never goes.

I forget about this hidey-hole most of the time, especially since I’ve been tracking everything I eat, but the urge for sweets had reached beyond my resistance. I opened the pantry door, flipped on the light, and inched myself into the former half-bath now painted bright orange and fitted with an Elfa shelving system. Past the cookbooks and extra shopping bags. Past the flat of V8 juice and containers of Comet cleanser. Past the two bales of paper towels (we both brought home a supply from Costco last week). I reached my trembling hand into the shelves. I felt over the beans, the tuna, the mushrooms and way into a corner darker than the shadow of Sonoma Mountain. I felt behind the crushed tomatoes with basil, the tomato garlic puree, and the diced tomatoes with chipotle. I nudged the edge of a paper bag and tugged. It pulled free and bounced across the tops of the cans and into the light. Candy!

“Ana, you should see this,” David yelled from the living room.

“I can’t hear you,” I called back, stalling as I peeked into the stash.

Hmmm. Unwrapped peppermints from before written history. Tiny bags of spicy tamarind candy we got with our check at that place we ate lunch in Mexico City three years before. Half a Figamajig that looked like the rats may have enjoyed the other half (you remember the rats in the walls?) One cornhusk-wrapped mystery candy from the local Mexican market. 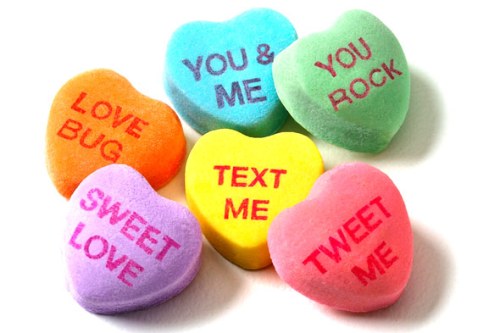 Two boxes of NECCO Sweethearts Conversation Hearts addressed: “To: Teacher      From:   Marisela” a Valentine gift saved from our class celebration last year—because I don’t really like them. But I was desperate. I took one box and pushed the rest of the stash back behind the cans.

You remember those chalky-sweet pastel hearts that come in not quite distinct flavors that we used to give and get in grade school? The ones with catchy sayings stamped on them like BE MINE, MY VALENTINE, LOVE YA and BABY BOY. Well, they’re still around and have some new messages. How about BFF or TOP CHEF or RECIPE 4 LOVE?

I sat back down on the couch, tore into the box and popped a brown MY GIRL heart into my mouth—sweet, but not exactly chocolate. Just like I remembered.

“What are you eating?”

“Valentine’s candy,” I said and passed a blue ROCK OUT over. 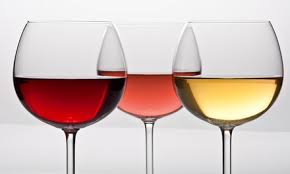 “Let’s go out for dinner this year. Maybe to De Schmire.” I dropped a pink DRESS UP into his outstretched hand and displayed a green GLAM before eating it.

He handed the pink heart back and suggested Cucina Paradiso.

“We went there for our anniversary.” I reminded him. “I’m in the mood for French.”

David helped himself to the box of candy hearts, dumped it out on top of his Sudoku book and sifted with his forefinger until he found the message he wanted— a purple POSH—showed me then ate it. I grabbed a pink one with a slightly garbled message, SO WHAT it looked like, and displayed it.

He studied the remaining messages and selected SPICE IT UP. “How about Thai. We could go to Sea on the Boulevard.”

I ate several orange hearts in a row: TAKE A WALK, LOSER, WISE UP.

“De Schmire serves French onion soup,” I said, cajoling. David flipped a yellow I CARE heart into my lap. It fell onto the floor and the dog sniffed it then turned her head away. I don’t like the yellow ones very much either—banana. I spied a white TABLE 4 TWO and flicked it back at him.

A purple PLEASE ME flew at me.

I tossed back a yellow NO WAY.

I responded with a blue MY TREAT.

“Ok, you win.” He threw up his hands. “De Schmire it is.” He made a reservation through his Droid. “But I don’t want to dress up.” He handed me a

I passed him a pink OK and gave him a smooch.

I’m saving the white I LOVE YOU for Valentine’s Day.

Author Jan Flynn hits the high notes with each of the ten tales in this imaginative and entertaining collection of speculative fiction. I love how the author tells a fantastic story as though it were as commonplace as going to the post office. And in the midst of a wild tale, the reader can believe in the well-drawn characters and feel a range of emotions—laughter foremost.

Each story is tight, genuine, over the top—and delightful to read. I found the writing style clean, well seasoned with modernisms, snarky asides and keen observations. The authorial voice shines through the collection, yet each story sounds unique, beginning with Corpse Pose, a darkly humorous yoga fantasy through Walk-in, and an uplifting look at what we do between human incarnations. The tales range from the hilarious, Imp, to Pills, packed with heart touching magical realism, to the psychological horror of 541. While the collection is touted as horror “illumined by the paranormal,” for me, the “humor and heart” elevate these stories from your run-of-the-mill slasher or vampire tales. If you love dark humor, creepy twists, magical realism and pathos, Corpse Pose: and Other Tales will be your go-to fix. I’ve read it twice. One caution, reading these stories might lead to spontaneous laughter and flights of fancy!