Despite the fogginess of deep sleep, Etta Schnell sensed the hot prick of the energy probe.

She struggled toward awareness as fear danced at the base of her neck and rippled down her spine. A magical nightmare, a foretelling…a warning. Swirling images coalesced in her mind’s eye, bringing clarity. Something evil was stalking her and sought to rip the family grimoire from her care-taker hands. Her heartbeat increased, and her breath took on the nature of a pant.

The Book of Cures is in danger.

Because of decades of precognitive experiences, Etta intuitively recognized the probe’s source—Hitler, and his occult minions. The family grimoire contained hundreds of years of occult recipes for protections against malicious spells. The Nazis coveted The Book. They would surely corrupt the grimoire to bolster their twisted ambitions for the Third Reich. In the wrong hands, the spells could be turned from Good to Evil and reborn as powerful curses.

Her one ray of hope was that—in the magical nightmare—the American flag also chased the grimoire.

~excerpt from the Prologue

Almost from the moment Livvy  and Trey land at RAF Lakenheath Airfield, Livvy is aware of strange forces. They are met at the plane by Brick Kensington, Trey’s college buddy, currently in England to set up USO troop entertainment. She’d met him before and found him too smooth for her taste. He is hard to read and she dismisses her uneasiness around him as the effects of the long trans-Atlantic flight. Anyway, she has a job to do and it doesn’t include socializing with Trey’s Old Buddy. She needs to find her Aunt Etta and the grimoire before it’s too late, and she needs some sleep before she and Trey set out in the morning. Trey, on the other hand, makes a date with Brick for a play and drinks afterward. It’s over nightcaps the betrayal begins: Brick insists Trey carry his “lucky penny” to keep him safe—and to keep his whereabouts known to Brick. The two headed penny is really Brick’s enchanted tracking tool and Brick is a traitor.

In the morning, Brick shows up to drive Livvy and Trey to the aunt’s last known address. They can’t seem to shake him. Brick tests his psychic abilities on Livvy in hopes of keeping her from finding The Book. He plans to get his hands on it and arrange transportation to Germany on a U-boat. He’s going to buy himself entree into Hitler’s inner circle with the grimoire, but the aunt has disappeared. The chase begins. Brick sends assassins after the Americans, as they hunt for Aunt Etta, criss-crossing England following leads and addresses in Aunt Etta’s address book Livvy finds at there abandoned home. Several asassination attempts are thwarted, but the assassin gets away with the address book, aiding Brick in his chase. 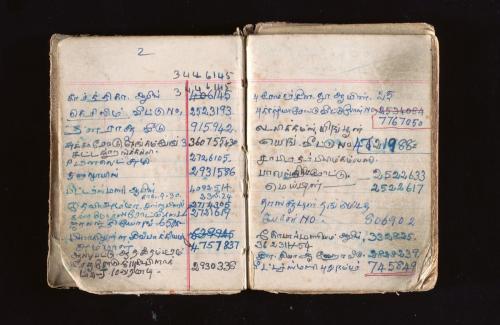 After dead ends, and deadly encounters, Livvy finds a contact able to tell her what is on the missing “K” page and they and David, a psychic from the British counterpart of Operation Delphi, head toward the grimoire, danger following on their heels. But danger doesn’t put this duo off, it brings them together and Livvy’s romantic high school dream might turn into reality—after the war. First they have to beat the Nazi’s to Aunt Etta’s hiding place.

I’m not a sceptic. Read my post from June 2016 on volume two of the series, Expect Deception. According to author, JoAnn Smith Ainsworth, there really was a top-secret U.S. military branch comprised of psychics during World War II. I said it before, and I’m sticking to my story: Ainsworth certainly makes the job of psychic sound exciting, and for readers of WWII novels, she gives a riveting story of espionage and treachery set in an era of polite national determination. Volume three is even better. Some of the “polite” is tossed aside for the cause. And Livvy is more determined than ever. Although she’s never met her English family, this is her blood, and she’s wearing the key to the grimoire around her neck — a  gift  from her mother before her death. The operation is personal.

Ainsworth has again studiously researched her topic. The attention to detail and setting placed me right into 1943, but instead of being filled with wartime zeal, as I was with volume two, I felt the fear, strain, and exhaustion of the characters. People get injured or worse during war. Stakes are high. A manic quality imbues the more innocent and proper times. Livvy is willing to compromise her reputation to her orders — the mission cannot fail — and perhaps to a bit of: live today for tomorrow we may die.

In straightforward language, with well chosen details and not a trace of sentimentalism (okay, Livvy and Trey have soft spots for each other, but they’ve been friends since childhood) Ainsworth develops a suspense filled, historically steeped race against time and evil. The houses have been bombed. People are gone. The trains are delayed for troop movement, petrol is hard to come by, buses run late, phone booths are hard to find. Trey takes a larger role in volume three as he is assigned to lead the operation and protect Livvy. We get to know him better. He’s not a believer in the occult and he has a jealous streak. He also cares for his aide de camp, Livvy, and will do what it takes for a successful operation. Trey’s character is illuminated through the character of Brick, his “Old Buddy.” Trey is everything Brick is not. Brick is smarmy, greedy, deluded and small. He’s betraying his country and his own friend because he fantasizes he’s going to become powerful at the right hand of Hitler. Brick lacks the qualities of a winner, and whether or not he grabs the grimoire, he’ll always be a whiny con man, blaming his failures on someone else. You know the type.

The battle against evil has changed Livvy. She’s less innocent, more self actualized, stronger, yet more relaxed in her role. She yearns for a bath and clean, pressed clothes, but she takes charge with competence and compassion.  She has the eye and action of a pragmatist; theres no time for dithering or dissembling. When Trey is injured, she rips up her own clothes to staunch the blood. When evil looks her in the eye, she stares it down. I can’t wait to see what Livvy does in volume four. If the books were set now, she’d run for president. Livvy Delacourt would get my vote.

Congratulations to JoAnn Smith Ainsworth on Volume Three of the Operation Delphi series, Expect Betrayal. The paperback has come out and is available now. If you’ve waited, grab your copy today!

Expect Trouble trailer
JoAnn says this about her characters: Fighting may be necessary. My characters fight against Nazi spies, social prejudice, and other worldly events to preserve what they hold most dear.
To learn more about this award winning author, visit http://www.joannsmithainsworth.com.

“The impetus behind my writings lies in a desire to illustrate through the lives of my characters that small moments of courage are all it takes to attain what we seek from life.” ~JOANN SMITH AINSWORTH

Tagged as Occult warfare, The, WWII