Reunions and Other Insults

There are some great things and some not so great things about aging. In this series, several guest bloggers will share their thoughts and stories about getting older. Today, Donald Turner  shares his experience of attending a class Reunion.

With heads of white, greyed, dyed, thinned or absent hair topping a body, often more attracted to gravity—we, the PUC alumni of the 60’s, were hoping to recognize youth grown old—youth behind the wrinkles and sags.

Some of us were unrecognized until revealed by our name tags.  Once named, I saw some resemblance to the younger face in the old year book.

I felt a tinge of sadness, realizing the majority of our allotted years were used up.  Hoping for more years to come, I was grateful we alumni had survived years greater than three score and ten.

Goodbye to those who have passed.  Best wishes to us who have yet to pass.

Let us write our memoirs while we can. 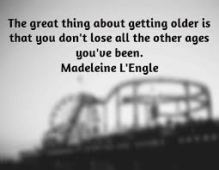 The days of our years are threescore years and ten;

and if by reason of strength they be fourscore years,

yet is their strength labor and sorrow; 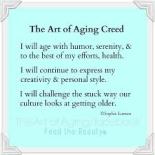 Donald Turner retired to Angwin, CA. after 29 years of aerospace computer programming for the Navy at China Lake/Ridgecrest, Northrop Grumman at El Segundo, and Boeing at Huntington Beach.

After graduating in 1966 from Pacific Union College, Donald taught high-school math, physics and earth science in Fletcher, North Carolina from 1966-69, then math at PUC prep in 1969-70.  He holds an  M.A. degree in Physics from the University of Wisconsin, Milwaukee and a M.S. degree in Electrical Engineering from University of California, Davis.

In retirement Donald keeps busy with writing, gardening, exploring the internet, attempting to profit from the stock market, mixing music with Bitwig, and making his two acres more fire resistant. He is divorced with two daughters and four grand-daughters.