Stain on the Soul

If you haven’t read Michele Drier’s books, you should. She’s got something for everybody—even a fan club! She writes mysteries; her corpus includes a standalone psychological thriller, and she’s written a series of  (so far) ten paranormal romances—The Kandesky Vampire Chronicles. That’s where I tuned in, with volume 1, Snap: The World Unfolds, after I met her at a Left Coast Crime* conference in 2014. What an introduction to paranormal romance! I couldn’t put it down. But I invited Michele to Building a Better Story today to talk about the first in her new series, Stain on the Soul   A Stained Glass Mystery.

Michele dubs the book a “dark cozy” for the fact it  uses little  eroticism, violence or profanity, and surrounds a “current moral issue.” As with all of her books, her themes are important and disturbing. In Stain on the Soul, Michele explores themes of homosexuality, pornography, abuse and pedophilia and the cover-ups of pedophilia within the Catholic church. Dark indeed.

The book is set against the backdrop of quiet, seaside Hamilton on the Oregon coast ,where protagonist Roz Duke, has moved after the unsolved murder of her husband, Winston. Roz is an internationally renowned  stained glass artist working on an installation for a Catholic church, and plans to “use the beach, scoured by wind and water, to cleanse her soul and rebuild her creativity” after the senseless drive by shooting. Of course, her best intentions are shattered by emergency vehicles sirens and watching her neighbor’s body being taken away. The neighbor has been stabbed by one of her custom glass knives. She joins the Neighborhood Watch group, which introduces  her to journalist Liam Karshner. Liam and the act of the murder are Roz’s entree into Hamilton’s small town life of gossip at the diner, friendly police and odd neighbors.

Roz and Liam have different reasons to want to solve the  murder, but they form a team as their friendship  grows through shared confidences. As the disturbing truths are revealed, Roz uses her rescued Greyhound, Tut, the dunes, and sunsets from her porch as refuge from her grief and troubles as the wind and surf comb her mind to untangle the truth of her neighbor’s and her husband’s deaths. 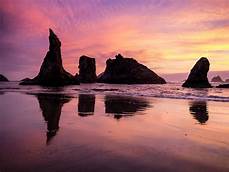 I have to agree with one reviewer who describes the book as “authentic, not contrived.” It’s the characters who bring authenticity. Both Roz and Liam are well crafted and well-rounded. They have strengths, weaknesses, biases and secrets. Secondary characters such as busybody Patsy and Police Chief Giffen ring true to their purposes within the story as well. I believed  each character, down to the former priest living across the street and the retired fisherman and town drunk, Clarence.

As far as far plot goes—OMG! I was hooked from the start and didn’t see  the ending for the tight twists and turns throughout. Stain on the Soul reminds me of a Jane Marple mystery: quiet village on the surface, dastardly deeds underneath and way too many denizens with secrets. Not surprising, in an interview, Michele lists  classic British mystery writers—Christie, Sayers, March, as well as contemporary authors,  French, Atkinson and Sanford as favorites. The book appears to move slowly on the surface (Life in St. Mary Mead!) as Roz sifts who is innocent (Liam?) and who is out to get her, but it’s  a deception of the smooth dialog and calming nature of the setting. A lot is happening, and Roz has to work it out before she’s the next casualty

Just to let you know, Roz lives to investigate another crime. Michele says, “I’m half-way through the second book in the Stained Glass Mysteries, have a third one plotted, have another two plots for the Newspaper Mysteries, at least one more of the Kandesky Vampire and two more standalones (at least as this point, though they may turn into series). After Bouchercon, I’m going back to writing two or three books a year.” And with the pandemic, Bouchercon 2020 scheduled for Sacramento has been closed down for in-person attendance., but registration for Virtual Bouchercon October 16 & 17 is now open. Check it out: https://www.bouchercon2020.org.

Roz Duke is “already well into her next adventure on the south coast of Kent, England where she runs afoul of international art thieves.” Internationally renowned stained glass artist Roz Duke takes on a challenge—recreate part of the medieval masterpiece, the Bayeux Tapestry, a needlework done in the eleventh century to commemorate the Normal Conquest of England. While spending a sabbatical in Kent, staying near the site of the Battle of Hastings which changed England forever, she stumbles across a body in an ancient church, starting a journey of international intrigue and danger. Steeped in history, she finds this part of England has plenty of contemporary terror. (And you’ve still got time to read Stain on the Soul.)

LOOK FOR TAPESTRY OF TEARS AT THE END OF SEPTEMBER!

“Read, read, read. Know the language. Understand the basics of grammar. Know how to tell a compelling story. And show not tell. And read, read, read.” She reads anything she can get her hands on, especially crime genres, Nobel, Booker and Pulitzer lists. And, of course, books recommended by friends.

Autobiography
“I was born in Santa Cruz, California to a family that migrated west to San Francisco in 1849. Unfortunately, they never found gold, nor did they buy (and hang onto) any California land. My mother named me Michael, after author and actress Blanche Oelrichs, who wrote under the name of Michael Strange. After months of saying, “Yes, she’s a girl. Yes, her name is Michael,” my mother finally caved and I became “Michele.”

I was read to as a child, and needed always to have a book with me. My maternal grandmother belonged to a writing club in San Francisco in the early part of the 20th century and wrote poems and jingles–one of which won her a travel trailer during the Depression.

I’ve lived in San Francisco, the Bay Area, the Central Valley, the Sierra, Southern California and the North Coast.

My first career was in journalism, and I spent seven years as a staff writer with the San Jose Mercury News. After returning to Humboldt State University to complete school and work on a master’s, I fell into my second career, as a non-profit administrator, including a legal organization serving roughly 10,000 senior citizens in Alameda County. I’m a member of the Society of California Pioneers and Sisters in Crime and live in California’s Central Valley with a cat, skunks, wild turkeys and an opossum (only the cat gets to come in the house).”

Fun facts: She started college as a chemistry major and if she could re-do it, she’d be an anthropologist. Or maybe take up closed circuit sports car racing again? She used to drive in time trials.

Find Michele Drier at  MicheleDrierAuthor.com. Her Amazon author page lists all her books.

Editor’s notes: I’m hoping if you read and enjoy Stain on the Soul as much as I have, you’ll generously leave a review wherever you bought your copy and on Goodreads or  a readers site of your preference.

*And if you’re a crime reader—fiction or non-fiction— Left Coast Crime  is a wonderful way  for writers and fans to meet each other and share what’s new, what’s trending and what might be to come in our world in a friendly, intimate conference. I’m betting Michele will be there in 2022!

Comments Off on Stain on the Soul