Guest blogger, Jan M. Flynn is the author of Corpse Pose: And Other Tales. Her stories appear in literary magazines and anthologies; two have won awards in national writing contests. Her debut novel The Moon Ran After Her has been excerpted by Noyo River Review. Jan lives and writes in St. Helena, CA.

Jan’s memoir, True Crime, reminds us sometimes we need to forgive ourselves.

In sixth grade, I took up shoplifting. The new set of friends I aspired to were a year older than me and already in junior high, so their rung on the social ladder was several steps above mine.  It was going to take more than go-go boots and a smart mouth to infiltrate their tribe.

This was made clear one Saturday afternoon when Betsy, Valery and Cindy — three of my new compatriots — and I walked the three miles to the mall for a slow cruise through J.J. Newberry’s discount store. We had nothing to spend but time, having blown our allowances on pizza and Dippity-Do for our slumber party the night before, but Newberry’s was always worth a look. It carried everything from paisley-printed tent dresses to live chicks at Easter, and for us it served as a pop-culture training ground.

Moreover there was the slight prospect of encountering Sam Blakeman and his friends there. Blakeman was in eighth grade, had long surfer-style hair that fell into his eyes in just the right way, and liked to be seen with an unlit cigarette dangling from his lips.  Of course we didn’t expect to actually speak to him. The hope was to simply observe from a safe distance and discuss our findings afterwards.

We made languid progress through the aisles, thumbing through the .45 records, scanning the teen magazines and lingering over the discount jewelry.  I trailed my companions, doing my best to emulate their tough-girl saunter.

Blakeman and his crew were nowhere to be seen. Time stretched. My attention wandered. I drifted into the pet section and was chatting up the parakeets when Betsy appeared at my side, gripping my arm with sudden urgency.

“Here you are. C’mon!” she muttered, already towing me toward the exit.

“Christ on a crutch, shut up,” she ordered in a fierce whisper, “Let’s go!”

Impressed with her blaspheming, I kept silent as she propelled me through the crowded store, past the exit, and down the walkway in front. We didn’t stop until we reached the entrance to Macy’s, a half-block away. There we rejoined Valery and Cindy, who leaned against a low wall, Cindy smoking a Marlborough with elaborate nonchalance.

“So what’d you get?” Betsy asked Valery.

Valery, with a renegade smirk worthy of James Dean, stuck out her tongue to reveal a small unicorn pendant on a silver chain.

Realization dawned. “You stole that?” I gasped.

Valery spit the trophy into her palm. “Five finger discount,” she explained. “Everybody does it.”

By “everybody”, she meant anybody she would want to hang out with. A flutter developed somewhere below my ribs. I had always been a good girl, obeying my parents, getting good grades, going to church. But I saw now that something more was demanded of me.

It took me a couple of weeks to work up the nerve to steal something myself. As it was, my career was short.  I got away with one successful heist — a lipstick fished out of a clearance bin at Woolworth’s — and the combination of suspense, danger, and guilt made me giddy. Valery and the others granted me their cool approval.

I sauntered into the store, Sally in tow, and browsed its dusty aisles. Behind the back counter stood the pharmacist, who was also the owner. A balding man in horn rim glasses and a white lab coat, he noted our presence with an unsmiling gaze. My heart began to hammer, but after my boasting I could hardly back out now; Sally was regarding me with expectation. I scouted feverishly for something suitable. Face powder? No, too big. Nylons? Too hard to slip the package off its display spindle. At last I settled on a 5-cent candy bar from one of the open bins near the front of the store. A mere beginner’s trophy, but it would do to impress Sally Peterson.

Stomach churning, I palmed the Hershey bar, shoved it into my pants pocket, and yanked my sweater down over my hips. Stifling nervous giggles, I eyeballed Sally and jerked my head toward the exit. We hustled out of the store without buying anything, which on reflection was a mistake. As we left, I felt the pharmacist’s eyes on us.

Once we were outside and half a block up 6thAvenue, I exhaled, grinning at Sally. Lifting my sweater, I showed her my prize. She looked at it doubtfully, and then her eyes widened. I was just about to conclude that Sally was too square to bother with, when a large hand gripped my shoulder.

“I have to go home,” announced Sally, and fled.

The pharmacist couldn’t stop her without releasing his grip on me. “You’re the one who stole from me, “ he bellowed into my ear, “You’re coming with me!” This seemed an unnecessary remark, since as he yelled he was frog-marching me down the sidewalk toward his store. Once we got there, he hauled me up to a chair behind the back counter and plunked me down. “You sit there,” he shouted, “while I call the police!”

It didn’t even occur to me to run or to plead for mercy. I was so clearly guilty, and besides, I couldn’t speak. I was blubbering and choking with sobs and unable to believe what was happening to me. As we waited for the police to arrive, my captor kept up his tirade: “I see you kids in here, thinking you can just steal from me. If it weren’t for kids like you, I could take my family on a nice vacation!”

It was one thing to flirt with being bad; it was quite another to have an adult place me squarely in the class of bad kids. I was a good kid, just conducting an experiment, and it had never occurred to me that there could be a connection between a 5-cent candy bar and depriving a family of their vacation.

At length the squad car pulled up, and a weary-looking policeman took me into custody and down to City Hall. He didn’t handcuff me, and in fact he was rather gentle, but he did his job. He walked me down the cement steps to the station, right past the City Hall park where kids played. Some of them were boys I went to school with. They stopped and stood slack-jawed as I performed my perp walk, my face wet and burning.

I had to sit on the wooden bench and wait while my parents were called. Mercifully, my father wasn’t home, so it was my mother who came down to get me and to talk to the captain.  He spoke to her in low, serious tones. I didn’t have a previous history, so I would be let off without probation and if I stayed clean, this wouldn’t appear on my permanent record.

All I could think of was that life as I knew it was over, and that I wasn’t going to get to go to the Beatles concert at the Cow Palace, which was only two weeks away. My friend Jeanine, an only child with an indulgent father, had tickets for herself and a friend, and she had chosen me.

My mother had bought me a new dress for the occasion, a plaid wool sheath with a lace collar, just like what I imagined girls wore on Carnaby Street in London.

But now I was certain to be a pariah, too morally contaminated for anyone to want to take anywhere. Besides, my dad would be killing me soon.

My mother’s face was set in an odd, constricted smile as we drove away from the police station and up the hill to our house. She said very little. When we got home, I didn’t need to be told to go to my room. I flopped face down on my bed and gave myself over to despair. I clung to my chenille bedspread and gazed through swollen eyes at the white organza curtains, watching the shadows gather on the window shades. Time passed.

Eventually the wheels of my father’s Chrysler ground into the driveway. In the kitchen, my mother’s voice and his mingled in a long, muffled conversation. I had been suspended in a vortex of dread for hours, but my heart lurched anew when the conversation stopped and ponderous footsteps came down the hall.

At length my bedroom door opened — in a normal manner, which surprised me. I had expected it to fly off its hinges. In came my father.

He stood, all six feet, four inches of him, at the side of my bed. He surveyed my wilted form. I met his eyes for a breath and then began sniveling again. My father’s silence was eerie. He didn’t look enraged. In fact, he didn’t even look angry. He looked puzzled. The silence continued, and I began to realize that he didn’t have any more idea of what to say than I did.

“I’m — I’m sorry!” I finally managed to gasp, and I meant it with all my heart. This unleashed another shuddering fit of tears.

Dad observed soberly. At length, when I had settled down slightly, he shook his head and started out of the room.

Editor’s note: I’m hoping Jan made it to the concert. In 1964 my mother gave me permission to go to the concert, but not to take a bus from Marin County to the Cow Palace to buy a ticket. I have practiced forgiving my rule-making mother for 54 years. Some things might be impossible to forgive. 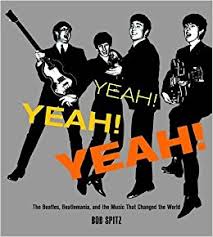 Tagged as fitting in, forgiveness, shoplifting

Please welcome guest blogger, Dina Corcoran, whose poem, Forgiveness, offers a surprising glance into the subject. Dina is a memoirist, poet and survivor of the 2017 Tubbs Fire. She has won awards two years running in the Jessamyn West Literary contest.

And honesty enriches the deal.

Than suffer the pretentious.

Wanda, with her southern accent and fake genteel manner,

Gently I caress her hand.

It’s not her nature to understand.

The Pain That Dogs my Heels

Forgiveness isn’t for the perpetrator of our hurt, it’s for our own peace and happiness. Not letting go of hurt, pain, resentment, or anger harms us far more than it harms your sister, boyfriend, mother, boss, wife, friend. It frees us to live in the present without anger, contempt or seeking revenge. In fact, it doesn’t only free us from negative feelings and actions, it reduces depression and stress, allowing us to embrace peace, hope and self confidence. Forgiveness is a balm of healing for hurt, grievance and guilt; it is not acceptance of wrongs done to you or wrongs you have done to others. And it isn’t quick and easy—it’s a practice.

In the coming posts, writers will express what forgiveness means to them.

Time, that yoke, that feckless lover,
a raptor flying ever forward
into the mythical land of yet to be;
might time bring forgiveness?
Perhaps with time comes peace.

Maybe now I can forgive.
Maybe this is the lesson in letting go
I learn anew each moment.

This, the pain that dogs my heels,
a village cur, a half-wolf, half-dog,
lapping up scraps from my middens.
He nips at my ankles,
my outstretched fingers.
He growls and jealously guards his prize.

How his tiny sharp teeth gleam
in the dull morning light.

I lay open my heart;
my blessings release
to whirl the clouds.

The pack howls in the distance. 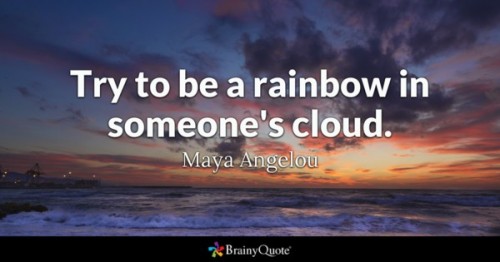 Stay tuned! And thanks to BrainyQuote.com for these excellent memes.