The world of policing is more complicated and intricate than I’d realized from watching cop shows on TV and reading procedurals. Sure Kate Beckett and her team are mandated to see a psychologist when they shoot someone or each other, but somehow the importance of the psychologist and the scope of duty and moral responsibility just hasn’t sunk into my thick brain until reading The Right Wrong Thing. For one thing, those other fictional psychologists are usually bit-part characters used to support the main characters in their stories. In Ellen Kirschman’s series the story is Dot Meyerhoff’s, the consulting psychologist for Silicon Valley’s Kenilworth Police Department.

The Right Wrong Thing exposes readers to the world of the police department: the culture, the politics, and the whys and wherefore’s of police decision, action and the consequences of both. Kirschman should know. She’s worked as a police and public safety psychologist for over thirty years and has been honored with the California Psychological Society’s award for her contribution to psychology. Her experience shines through, illuminating police work in a way that has given me new understanding and a much deeper sympathy for the heroic men and women who take on the job of keeping us safe. I had no idea I would learn so much from a police thriller when Net Galley sent an ARC for review.

Kirschman tackles several of society’s big ticket issues in the book: sexism, racism, police brutality and post-traumatic stress disorder—all through the point of view of dedicated and deeply concerned psychologist, Dr. Dot Meyerhoff. After Dr. Meyerhoff has signed off on her pre-employment psychological assessment, rookie cop Randy Spelling accidentally shoots and kills a pregnant black teen. The doctor is determined to do the right thing by Randy and the department, but Randy, already suffering with PTSD and remorse, proves a challenge to counseling. When she insists on making amends to the victim’s family, contrary to the advice of the department, the consequences are disastrous. Dr. Meyerhoff, against the new chief’s orders is stubbornly determined to uncover what has happened. She puts together a small team of misfit allies to investigate, jeopardizing her career with the department and her life as she closes in on Randy’s killer.

I admired Meyerhoff’s right-on assessments of the situation and her sometimes brilliant handling of things on the one hand, and I shook my head in disbelief at her sometimes stupid moves and her blatant disregard of her superior. The dichotomous aspects of her personality are part of what make middle-aged Dot Meyerhoff an interesting character. She’s intelligent, caring, dedicated, reckless, and stubborn and questions herself the way we all do over a glass of wine. I’d like to sit down and chat with her about—anything. The conversation would be sure to take turns I’d never see coming and I’d come away seeing a new side to the issue. She’s guided by a strong sense of justice and not afraid to go against convention to follow it, even when she’s clearly erring. Dot Meyerhoff is flawed like the rest of us, but she’s willing to speak her mind when it’s unpopular, be kind to people who work against her and learn from her mistakes—although I expect Dr. Meyerhoff will be just as stubborn and reckless in solving her next case. I’m counting on it, in fact.

After a densely packed, fact-laden opening, I found I couldn’t put The Right Wrong Thing down. Kirschman’s experience and deep knowledge of human behavior shine through her plot and the emotion packed into this novel grabbed me and kept me reading. This is what is important to her. Kirschman states in her biography, “writing mysteries allows me to explore the hidden complexities and emotional costs of being a clinician.” Interesting, no? Kirschman is teaching readers about her world and learning from herself at the same time. It’s bound to pay off in the books to come.

Since I read The Right Wrong Thing it’s been voted a finalist in the Fiction: thriller/adventure category of the USA Best Book Awards. Congratulations to Ellen Kirschman. And thank you Net Galley, I might not have chosen a procedural-style thriller from the shelves, but I’m looking forward to the third of this fascinating and instructive series. 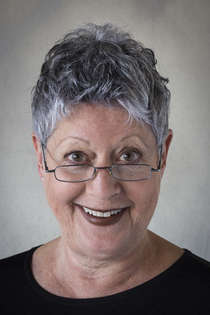 Comments Off on The Right Wrong Thing