Guest Post: Ann Gelder, author of ‘Bigfoot and the Baby’ 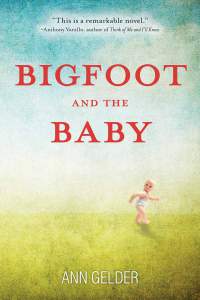 Last summer, I took part in a panel called “Breakthrough Novelists” at Litquake Palo Alto. Even before the event began, it became clear that “breakthrough” meant something different for each of us. Another panelist was Edan Lepucki, whose new book, California, had rocketed up the best-seller list upon Stephen Colbert’s enthusiastic endorsement. The other two, Stuart Rojstaczer and Christina Nichols, had published debut novels with large-to-midsize presses. Whereas my first novel, Bigfoot and the Baby, had been gently ushered into existence by Bona Fide Books—a newish, very small press in South Lake Tahoe. My book was certainly a breakthrough for me, but for the rest of the literary world, not so much.

Yet I like to think that during this very panel, I created a breakthrough moment for at least a few audience members. During the Q and…

Comments Off on Guest Post: Ann Gelder, author of ‘Bigfoot and the Baby’